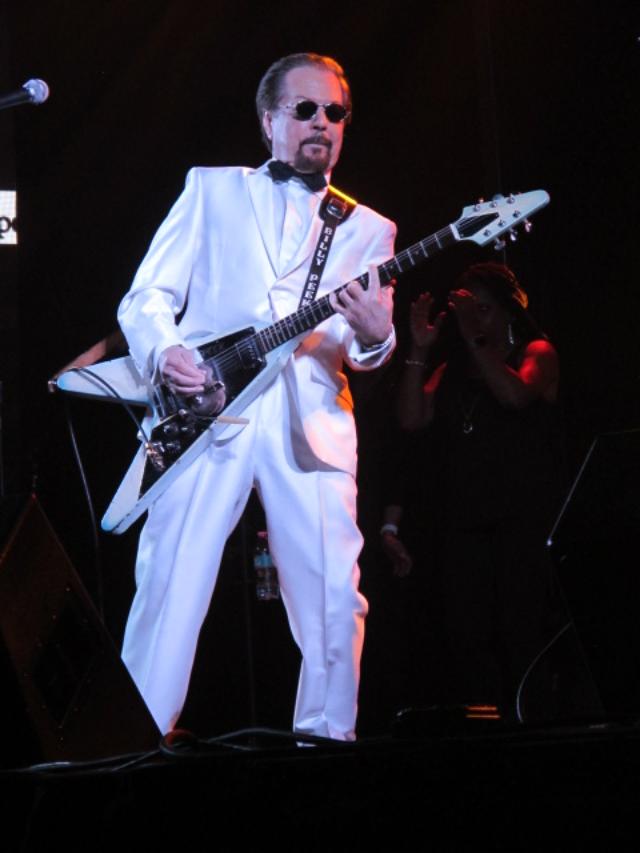 Billy Peek is one of St. Louis’s greatest treasures, but his talents have truly made him a national and international music legend. An accomplished rock guitarist, an acclaimed bluesman, who has played with the best of them.

Billy Peek’s main claim to fame, is performing, recording and touring extensively as guitarist with Chuck Berry and lead guitarist with Rod Stewart. He is an artist who gives a hard-driving combination of rock n roll and rhythm and blues. An elite member of Blues Royalty and one of the finest rock and blues guitarists in the country.

Listen to Billy’s guitar work on Chuck Berry’s “Concerto in B Goode” album and Eric Carmen’s “Tonight Your Mine” album, as well. His guitar work on such hit songs as “Hot Legs”, “Blondes Have More Fun”,”Big Bayou”, “Ball Trap”, “She Won’t Dance With Me”, “Wild Side Of Life”, “Better Off Dead” and “Born Loose” can be heard by millions of fans all over the world.

An American guitarist, singer, songwriter who began performing in his teens and continues to perform a wide variety of music with his own band today. Whether it’s world tours, concert travels, recording sessions in L.A or Memphis, St. Louis remains his home!

Early in his career, he was a headliner in the Golden Era of “Gaslight Square”, in St. Louis, MO, where he fronted his own band. In the summer, Billy performed to packed houses at such notable clubs as “The Living Room”, “The Gilded Cage” and “The Whiskey A-Go-Go” and in the winter performed at the legendary “Terrace Lounge” on the DeBaliviere Strip.

Shortly thereafter, in the mid 60’s, Billy moved to Los Angeles, CA where he was a headliner at the infamous “Gazzarri’s Holllywood A-Go-Go” on the Sunset Strip in West Hollywood for 7 months.

Billy Peek’s first solo album is packed full of original Billy Peek music featuring such artists as Rock and Roll Hall of Fame Legend “Johnnie Johnson” on piano. A great version of Ike Turner’s “Prancin” can be heard on this album, in addition to all the other great cuts. 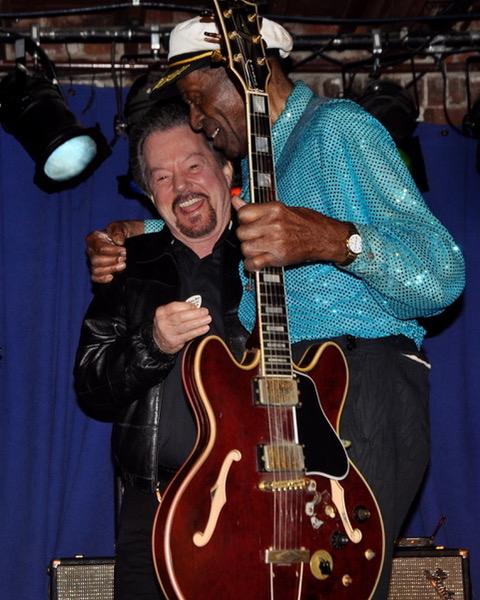 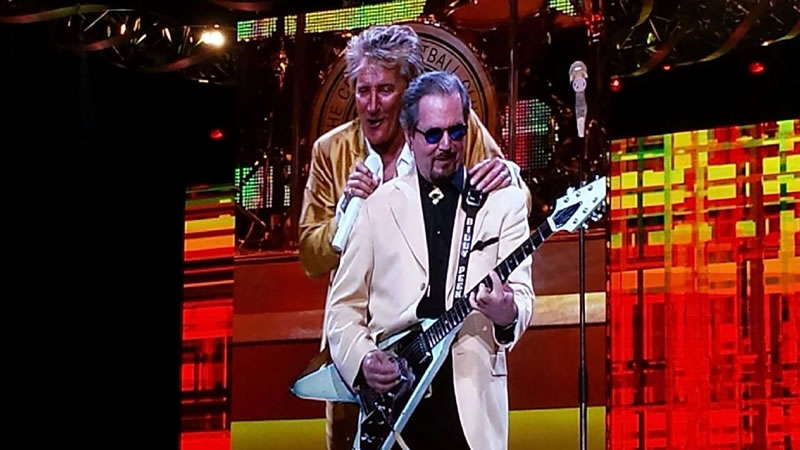 There is no questioning Billy Peek’s talent, a top class blues rock guitarist, good vocalist, with “Grade A” credentials. His first solo album, “Can A White Boy Play The Blues?” is very much a rock, blues, and soul influenced album. The title track is a semi auto-biographical work, that has received enormous attention and there’s a reason. When he asks the title question, “Can A White Boy Play The Blues?” the answer is a resounding “YES!”

“Billy Peek plays my music better than I do”
Chuck Berry
"The biggest find was probably Billy Peek, who I happened to see on Don Kirshner’s Rock Concert"
Rod Stewart
“Billy Peek’s storied career has taken him around the world and onstage with some of music’s legends”
St. Louis Post-Dispatch/Suburban Journal
“A national music legend and one of the finest rock and blues guitarist in the country”
St. Louis Magazine
“Billy Peek pulled out his guitar and belted “Johnny B. Goode”
The New York Times
Previous
Next